skip to main | skip to sidebar

BRAIN BLUDGEON and TALES FROM THE QUADEAD ZONE 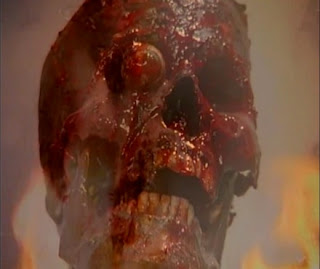 I am very excited to announce that a six month obsessive, obscure horror themed mash-up project I've been working on with my good friend Shal Ngo, will finally have its debut at the reRun Theater in Brooklyn on Oct 29th, 2010.

"Brain Bludgeon" is sewn together from hundreds of forgotten horror films - a transcendental fusion of trash exposing the willing to everything curious, bizarre, hilarious and awful about no-budget genre films. Hot penny torture, exploding 3d skulls, brutal “de-fetusing”, raping zombies, and much more collide in this blissfully IQ-withering amalgamation of exploitation hell.

And what better way to celebrate Halloween this year, than an in-theater experience along with friends to enjoy some of the most visceral, insane, and stoopid horror movies of all time!?


Ever since my exposure to fantastic horror finds from both BleedingSkull.com and some choice bizarro programming selections at Cinefamily, I felt like I had to collage these discoveries in a brief, but comprehensive video piece. I HAD TO DO THIS. Its both equally an archival passion project and ejaculatory, hilarity piece. What began as a hobby, quickly devolved into an depraved obsession. So, I began to research more comparable films, and boy did we find some good ones. And as we get closer to the date, I will unveil some of these findings here.

Also inclusive of this evening, we are showing the standalone shot-on-video oddity, "Tales From The Quadead Zone" by Chester Novell Turner. 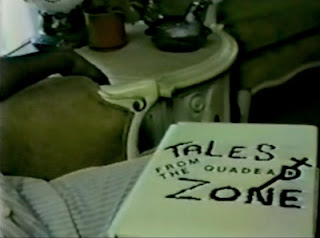 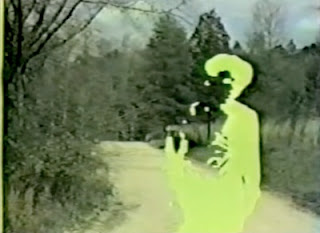 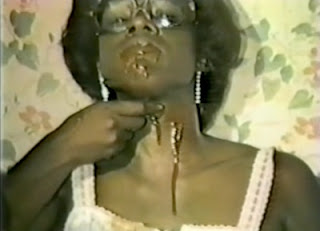 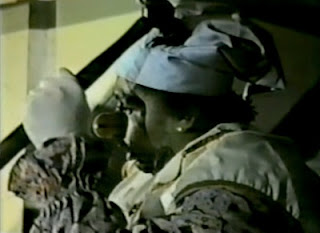 Turner is easily the most mysterious auteur to emerge from the ‘80s camcorder horror underground, shocking unsuspecting video renters with his notorious and demented debut feature BLACK DEVIL DOLL FROM HELL. Buried deeper in obscurity, Turner's second foray into home-made horror TALES FROM THE QUADEAD ZONE stars Shirley Jones as a bereaved mom who entertains her invisible ghost son with two spooky stories - rednecks fighting over sandwiches and a dead body dressed up as a clown. Perhaps the single weirdest thing (coming from a long, long list) about QUADEAD is its poignant, surprisingly personal ending in what Bleeding Skull calls "the greatest shot-on-video trash film of all time... creepy, hysterical, surreal, and well beyond explanation!"


Vince Mancini over at FilmDrunk.com was kind enough to push the event for us with an exclusive clip, here. 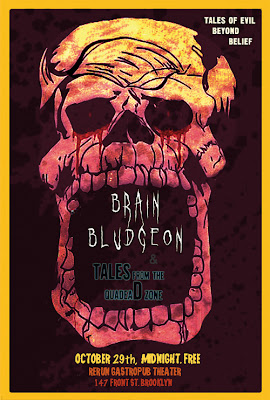 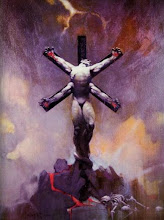 MOVED AND INSPIRED BY THE THE SPIRIT OF THE UNIVERSE

MY PROJECTS:
-BRAIN BLUDGEON Featured On FilmDrunk.com
-BRAIN BLUDGEON And TALES FROM THE QUADEAD ZONE
-UNÏWERÏA ZEKT
-The Making Of Faggot's "The Cleaner"
-Luke Walter Is SLEDGEHAMMER